THE MOST FAMOUS U.S. RADIO PROMOTER YOU MAY HAVE NEVER HEARD OF…UNTIL NOW!

Recently relocated from Atlantic City, New Jersey to Fort Lauderdale Beach, Florida, and rebranded as…1 MUSIC AVE, Having Fun While Business Gets Done!

Vance started the highly regarded event, formerly known as Summer Sessions, as a lunch meeting of the minds that has since played an annual instrumental role in the early successes at Radio for such Artists as, Lady Gaga, Jason Derulo, Kesha, Bebe Rexha, Krewellla, Cash Cash, Cheat Codes and more.

As a seasoned veteran music industry executive with over 250 Billboard, and Mediabase Dance Radio Airplay Chart #1s to his credit, Vance specializing in marketing and promoting Dance & Pop releases to the appropriate radio programmers and mixers within the format.

Billboard most recently named Cary Vance a 2019 Power Player; another shining example of his 40+ year career filled with accolades, and successful results of his music passion coupled with strategic teamwork.

Cary Vance’s clients include, but are not limited to these amazingly talented Artists...

Vance has been an integral part of any team, or set-up stage of music promotional plans ultimately increasing a song’s impact at Radio for decades. Cary Vance raises the bar in music and business with an intense passion for Pop and Dance Radio and Mix Show Promotion.

1986 – Vance began promoting all of their early releases when the Vinyl Mania record label was born. Releasing Todd Terry’s Freestyle classic song, and one of his first releases, “Why You Wanna Go” by Fascination.

1991 – Vance started his own promotion & marketing company with early successes that included: Nightcrawlers “Push The Feeling On”, and Chaka Demus & Pliers “Murder She Wrote”.

1992 – Vance teamed-up with Issy Sanchez to form Elite Promotions and had tremendous success with many records including: Captain Hollywood “More and More” and 95 South “Whoot There It Is”.

1994 – Profile Records hired Vance as their Head of Promotion. Run DMC, DJ Quik, Second II None and N2Deep were among the many R&B leaning acts Vance was involved with. On the Dance side 2 Bad Mice “Bombscare” & the Mighty Dub Cats “Magic Carpet Ride” were among his successes.

1996 – Vance became the Head Of Promotion for Robbins Entertainment. After helping the label gain success with hit singles from Rockell’s “I Fell In Love” and Crush’s “Jellyhead”, he was presented with the opportunity to return to Virgin Records.

1997 – During Vance’s second time at Virgin Records, he rose to be Vice President, Promotion helping establish and/or re-establish Artists:

Vance created the plan for Janet Jackson’s single “All For You” – which became the 1st single ever to have every R&R Reporting Mainstream Top 40, Rhythm Top 40 and R&B Radio Station in the country add the song during its first week of release.

Vance helped make Aaliyah’s “Try Again” the first ever Airplay Only single to go #1 on the Billboard Hot 100. Later that year, Vance was awarded the International Dance Music Award In-House Promoter Of The Year for 2001.

2019 – Cary Vance launches #RadioRow as an addition to the Marketing, Promotion, Media and Branding services as a soft launch to his annual Music Industry Networking Event, 1 MUSIC AVE, Having Fun While Business Gets Done! Ask@1MUSICAVE.com

ALOE BLACC is “NEVER GROWING UP”

THE ROAD TO JACK BACK 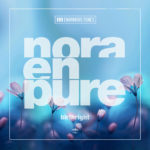 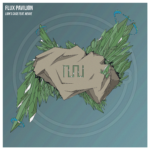 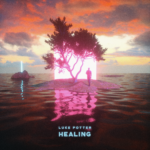